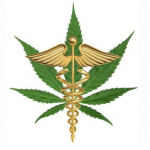 In November 2016, the Florida Medical Marijuana Initiative, also known as Amendment 2, was approved by voters, leading to the legalization of marijuana for medical use. As the prescription and usage of marijuana becomes more commonplace, the question of how this law impacts the workplace is also becoming more prevalent.

Simply stated, the question that is being asked more and more frequently is, can an employer take any adverse action against an employee who is legally using marijuana for medical purposes with a prescription?

The law has not changed when it comes to impairment. An employee who comes to work impaired may be subject to drug and alcohol screening and disciplinary action. This is true whether the employee is impaired due to the use of legal substances, such as alcohol or prescription medications, or due to the use of unlawful substances.

Of course, the question of whether an employee is “impaired” is not always simple. Certainly, employees in safety-sensitive positions, such as first responders, machinery operators, or anyone who drives a motor vehicle as part of his or her job, will be deemed “impaired” if they have any substance in their system that might cause drowsiness, impact motor functions, or cause intoxication. For an employee with a desk job, the threshold is lower, though an employer still has an unchallenged right to mandate that its employees refrain from reporting to work with any diminished capacity resulting from the use (lawful or unlawful) of drugs or alcohol.

The more difficult questions arise where an employer learns of marijuana usage that does not result in impairment. For example, if an employer detects marijuana usage during a random drug screening, can it take an adverse action against the employee if the marijuana was prescribed by a physician and it causes no impairment during working hours?

The answer may be a bit surprising. Currently, an employee who is fired for legally using medical marijuana in Florida may not have a claim. The reason is technical, rather than logical. The primary law that protect employees who are undergoing medical treatment is the Americans with Disabilities Act (ADA). This is a federal law and, as a result, it defines the term “legal drug use” under federal narcotics legislation. Unlike Florida’s state law, federal law continues to regard all marijuana use as unlawful.

This issue, however, is certainly far from being fully resolved. Both the courts and the legislatures (state and federal) have the power to reconcile these laws in a manner that provides greater protection to employees using marijuana for medical purposes. Employers and employees should continue to monitor this issue, both in the media and here on our blog.